Ninety-five members of the Wright State University Boonshoft School of Medicine class of 2012 were awarded M.D. degrees during the school’s 32nd commencement ceremony at the Benjamin and Marian Schuster Performing Arts Center on Friday, May 25.

In addition to the conferring of degrees, the evening event included a hooding ceremony in which graduates received traditional regalia denoting their status and profession. The graduates also took a professional oath to mark the start of their medical careers and signed a registry to commemorate their first use of the initials M.D. following their names.

Patch Adams, M.D., the real man behind the hit movie Patch Adams, starring Robin Williams, gave the commencement address, “Making the Practice of Medicine a Beautiful Experience.” Adams is a medical doctor, a clown, a performer, and a social activist who has devoted 30 years to changing America’s health care system.

In addition to the degrees, several special awards and honors were presented during the ceremony:

Appreciation Award— The Kettering Fund
For exceptional collaboration and partnership in support of research and medical education at the Boonshoft School of Medicine.

Dean’s Award— Jason E. Thuener
For commitment to academic excellence, empathy, and compassion toward others, personal integrity and professionalism, and earning the respect and trust of classmates and faculty. 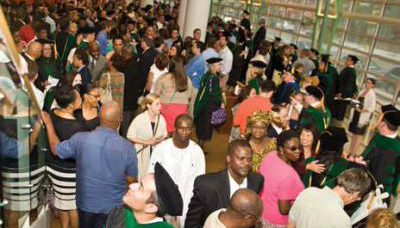 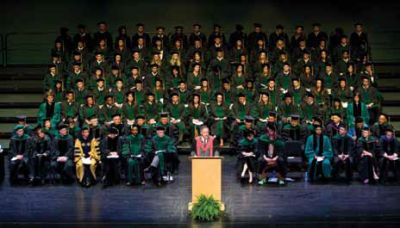