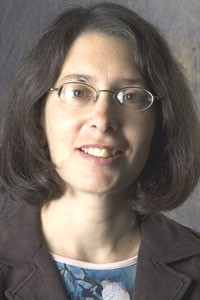 "We are examining the underlying molecular mechanism caused by the change of cellular activity. The process at the molecular level indicates that the protein Rab3A plays a major regulatory role."

Every year, almost 100,000 people suffer permanent disability from a traumatic brain or spinal cord injury. Over five million people with permanent disability are alive today. A major goal of neuroscience research is to understand and promote mechanisms that allow recovery after nervous system injury. Spared neurons react adversely to the injury, or try to compensate for the injury. Unfortunately, even recovery mechanisms can produce unintended consequences, such as spasticity after spinal cord injury, or epilepsy after a cortical brain injury. These anomalous behaviors are due to changes in the functions of individual neurons. Synaptic transmission — the communication of a signal from one neuron to the next — is abnormally increased or decreased. The changes in synaptic transmission after injury may occur through mechanisms of normal plasticity that underlie learning a new task or acquiring a foreign language. Alternatively, they may involve completely unique mechanisms.

Our goal is to determine the cellular mechanisms of injury-induced plasticity of synaptic transmission. This is a Herculean task in the complex environment of the spinal cord or brain, where thousands of neurons make millions of synapses with each other. We simplify the problem by looking at the effects of injury on one synapse, the synapse between the motor neuron and the muscle, the neuromuscular junction. To mimic the effects of injury, we block all activity at the neuromuscular junction with tetrodotoxin, the toxin of puffer fish that can kill a person by paralyzing the diaphragm. Our data suggest that the synaptic vesicle protein Rab3A is essential for injury-induced plasticity. To test this hypothesis, we will determine how injury-induced plasticity is altered in a mutant mouse with impaired Rab3A function. The studies in this proposal will significantly advance our understanding of the nervous system's response to long term changes in activity that occur after injury. Such knowledge is essential in the fight to prevent long term disabilities.