The Boonshoft School of Medicine houses several research centers of excellence that are nationally recognized, as well as a University System of Ohio Center of Excellence. Currently, the medical school employs about 130 research faculty and staff. Over the past five years, the Boonshoft School of Medicine received a total of $64,846,535 in research and sponsored program funding. Medical students have ample opportunities to participate in this vibrant research community, and many present their work at the school’s annual Medical Student Research Symposium.

Designated as a University System of Ohio Center of Excellence,  the Wright State University & Premier Health Neuroscience Institute represents a groundbreaking public-private partnership that unites the Dayton region’s most advanced biomedical research institution with the clinical resources of its largest hospital system. The research component of the institute is located in a cutting-edge Neuroscience Engineering Collaboration Building that opened in 2015 on the WSU campus, with facilities dedicated to patient care and clinical research located at Miami Valley Hospital. In addition, the partners created a new clinical Department of Neurology and affiliated Neurology Residency Program within the Boonshoft School of Medicine. The institute already has a core cadre of NIH-funded neuroscientists, including a team of Wright State researchers awarded a prestigious Program Project Grant of nearly $5 million in 2007 and renewed in 2012 by the National Institute of Neurological Disorders and Stroke.

Another collaboration between the Boonshoft School of Medicine and Premier Health led to the creation of the Clinical Trials Research Alliance (CTRA) to increase medical research opportunities for physicians and clinicians at the medical school and Premier hospitals. Since its inception in 2012, CTRA has successfully completed more than 50 trials for such leading sponsors and CROs as Abbott, AbbVie, Bayer, Boehringer Ingelheim, Genentech, Gilead Sciences, Inc., Quintiles, Pfizer, PPD, PRA, Parexel and Sanofi.

A Broad Range of Investigation

The Center for Interventions, Treatment and Addictions Research (CITAR) advances the production, dissemination and utilization of scientific knowledge and professional technology regarding the epidemiology, consequences, prevention and treatment of substance abuse. It conducts wide-ranging research through programs such as the Dayton Area Drug Survey (DADS) and the NIDA National Early Warning System Network (iN3). In 2010, Public Health–Dayton & Montgomery County awarded CITAR a contract, funded by a grant from the Ohio Department of Health, to investigate the high rate of unintentional prescription drug overdoses in Montgomery County through the Unintentional Drug Overdose Poisoning Project;.

Wright State’s Center for Genomics Research (CGR) provides state-of-the-art technical assistance and facilities for both basic and clinical science projects in the areas of gene expression, flow cytometry and genotyping. CGR supports Wright State researchers, as well as industry partners and collaborations with the 711th Human Performance Wing at the Air Force Research Laboratory at Wright-Patterson Air Force Base.

The Proteome Analysis Laboratory (PAL) is a Wright State University facility for the analysis of protein/peptide expression in cells, tissues and body fluids. Proteomics is the study of the intricate structure and function of thousands of proteins in cells and tissues. Diseases result when proteins, which are encoded by our genes, are defective or malfunctioning. Like the study of genetic defects, the in-depth study of proteins will produce medical advances. Current investigations involve the proteome and genome of the hypothalamic, pituitary, adrenal, pancreatic-axis (HPAP-Axis) under normal, disease or chemically challenged conditions. One goal of the PAL is to provide high-quality proteomic services to the faculty and staff of Wright State University, to researchers outside Wright State University and to provide support for intramural and extramural grants.

Through a collaborative partnership with Premier Health and the Dayton VA Medical Center, the Boonshoft School of Medicine established a Department of Geriatrics to enhance geriatrics education for the next generation of physicians and expand geriatric research. Researchers are studying macular degeneration, a form of age-related vision loss that most often strikes individuals over 65. Other elder issues — such as sleep disorders, Alzheimer's disease and bone thinning — are also under study. 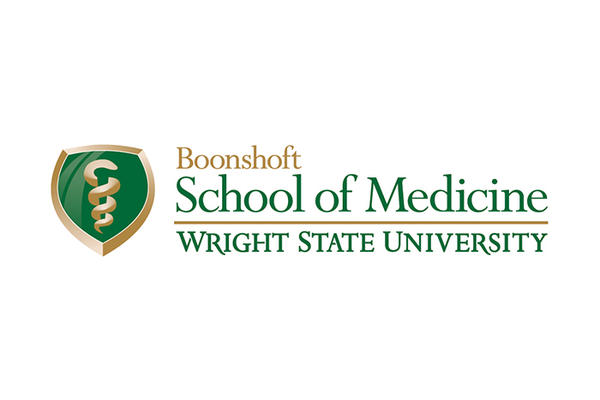 February 3, 2023
Family medicine residents at the Wright State University Boonshoft School of Medicine will receive additional training to care for the mental and behavioral health needs of children, adolescents and young adults. 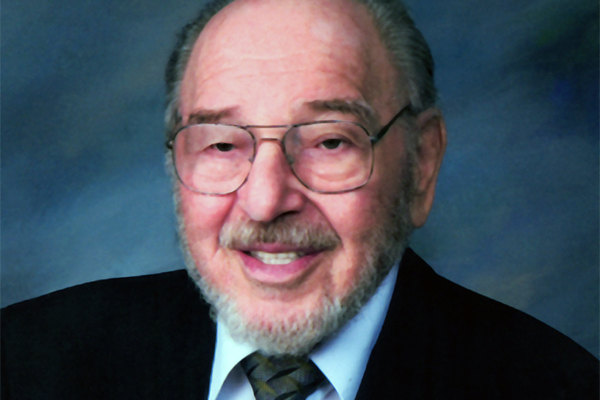 Oscar Boonshoft was a native of New York City. A mechanical engineering graduate of Stevens Institute of Technology, Mr. Boonshoft worked as a project engineer first with the Army Air Corps at Wright Field, which later became the U.S. Air Force at Wright Patterson Air Force Base. 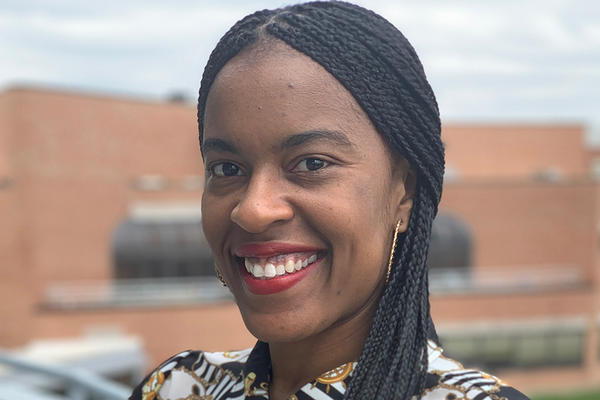 January 17, 2023
Adaku Ume, a student in the M.D./Ph.D. dual-degree program in biomedical sciences in the Boonshoft School of Medicine, has received several research fellowships.
Last edited on 09/14/2017.