Department of Pharmacology and Toxicology

All Seminars are Mandatory. 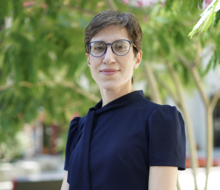 Dr. Alachkar is a 2005 graduate of the Pharmacology & Toxicology Master of Science program. She presented her thesis, “In Vitro Penetration Measurements and Quantitative Structure Permeation Relationships (QSPR) for Pure Chemicals” in the winter of 2005, under the advisement of Dr. Jim McDougal.

Dr. Alachkar continued with her studies at Ohio Northern University, attaining her Doctor of Pharmacy degree in 2011. In 2012, Dr. Alachkar received Doctor of Philosophy of Biomedical Sciences from the Ohio State University, presenting her dissertation, “Novel Biological Insights and Therapeutic Approaches in High-Risk Acute Myeloid Leukemia,” under the advisement Dr. Guido Marcucci. She completed post-doctoral fellowship training in 2015 in clinical pharmacology and pharmacogenomics at the University of Chicago with Dr. Wendy Stock and Dr. Yusuke Nakamura.

Currently, Dr. Alachkar is an assistant professor of Clinical Pharmacy. Her research is focused on treatment and therapies for acute myeloid leukemia.

More information about Dr. Alachkar’s laboratory and research can be found at: https://sites.google.com/view/alachkarlab

“The 5-year overall survival of patients with AML is less than 30%, highlighting the urgent need to identify new therapeutic targets. Our recent efforts to identify novel therapeutic targets in AML focused on mining public genomic and transcriptomic AML data for genes that are differentially overexpressed in AML cells compared with healthy hematopoietic cells. We uncovered new target genes including APOC2 and CD99. My talk will cover important findings related to these two targets. I will present studies conducted in my laboratory demonstrating these genes as viable therapeutic targets in AML both in cellular and in xenograft mouse models. I will also discuss our ongoing work to understand the functions and mechanisms by which these genes contribute to AML. Finally, I will discuss our efforts to develop our discoveries into therapeutic strategies to improve patient's clinical outcome.” – Dr. Houda Alachkar 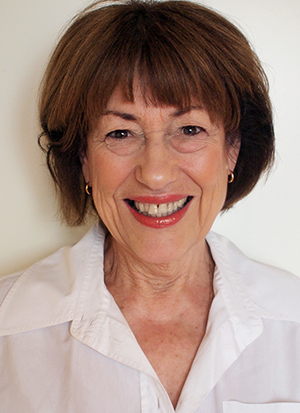 The event was held at 10 a.m. in the Neuroscience Engineering Collaboration Building auditorium, room 101. It was free and open to the public.

Aperia, professor of pediatrics at the Karolinska Institute in Stockholm, Sweden, spoke about the “Role of Na/K ATPase in Monogenic Neuronal Disorders and Renal Protection.”

She is known for her research on the energy efficiency of the body and its individual cells. Her pediatric cell and molecular biology lab is focused on understanding the many aspects of Na/K ATPase, which is known as the ion pump that maintains the electrochemical gradient across the plasma membrane. This enzyme has a central role in all mammalian cells and consumes more than 30 percent of all energy in the body.

Aperia’s research group has made several pioneering contributions to the understanding of specific function of neuronal Na/K ATPase. She is studying the functional consequences of disease mutations, using a variety of imaging and modeling approaches. The Na/K ATPase signal has been shown to play a major role in the protection against apoptosis, or programmed cell death, in fetal malnourishment, infections with Shiga toxin-producing E. coli and chronic kidney disease.

In 2011, she received the Homer W. Smith Award from the American Society of Nephrology, and in 2013, she presented the Robert W. Berliner Endowed Lecture at Yale. She also received the Torsten and Ragnar Soderberg Prize in Medicine from the Swedish Society of Medicine and another Swedish honor, His Majesty the King’s Medal.

A dedicated teacher, Aperia has been a professor for 35 years, training numerous undergraduate students and pediatric residents. She has supervised almost 50 Ph.D. students and 30 postdoctoral fellows. She also has published about 300 original papers, 40 review articles and 10 textbook chapters.

Nobel Prize-winner Oliver Smithies, D.Phil., Excellence professor of pathology and laboratory medicine at the University of North Carolina at Chapel Hill School of Medicine, was the keynote lecturer at the Earl Morris Symposium on July 10, 2009, at Wright State University.

On October 8, 2007, the Nobel Foundation announced that Smithies, along with Mario R. Capecchi of the University of Utah's Howard Hughes Medical Institute and Sir Martin J. Evans of the United Kingdom, would share the Nobel Prize in Physiology or Medicine. The scientists were selected "for their discoveries of principles for introducing specific gene modifications in mice by the use of embryonic stem cells."

In the mid-1980s, while at the University of Wisconsin at Madison, Smithies co-discovered a technique to introduce DNA material in cells, replicating a natural process called homologous DNA recombination. He thought that genetic disorders could be treated by correcting mutations in bone marrow cells, or stem cells. This "gene targeting" led to the creation of transgenic mice, or "designer mice," that replicated human disease. Smithies' lab produced the first animal model of cystic fibrosis, a disease caused by one defective gene.

This method also enabled scientists to study specific genes by creating "knock-out mice." By targeting and removing, or knocking out, a specific gene, researchers can find out what happens when it's missing. Smithies has used the analogy of removing a steering wheel from a car; without it you soon find out why it has a steering wheel. Now this research method is commonplace in biomedical research and has been the basis for thousands of published papers.

According to the Nobel committee, "gene targeting in mice has pervaded all fields of biomedicine. Its impact on the understanding of gene function and its benefits to mankind will continue to increase over many years to come."

About the Morris Lectureship

An endowed lectureship was established by the family of Dr. Mariana Morris, former chair and professor of pharmacology and toxicology, in honor of her grandfather, Dr. Earl H. Morris. The first invited speaker was Suzanne Oparil, M.D., professor of medicine and director of the Vascular Biology and Hypertension Program at the University of Alabama at Birmingham, who came to Wright State in May 2000. In May 2002, the Earl H. Morris Stress Symposium was held with guest speaker Paul Plotsky, Ph.D., of Emory University, who addressed "Early Adverse Experience as a Developmental Risk Factor."

Rodolfo Llinas, M.D., Ph.D., Thomas and Suzanne Murphy professor of neuroscience and chair of the Department of Physiology and Neuroscience at New York University School of Medicine, presented the Earl H. Morris Lecture on Oct. 17, 2004. A world renowned neuroscientist who pioneered important concepts of neural circuitry and communication within the brain, Dr. Llinas presented "The Neurobiology of Consciousness."

Salvador Moncada, M.D., Ph.D., D.Sc., director of The Wolfson Institute for Biomedical Research at the University College London, presented the Earl H. Morris Lecture on June 22, 2005. Professor Salvador Moncada has revolutionized understanding cardiovascular function and pathology through his research on the role of nitric oxide as a signaling molecule. He presented, "Nitric Oxide, Mitochondria and Cell Signaling."

Dr. Earl H. Morris was born in Bellbrook, Ohio, in 1872 and received his M.D. From the University of Cincinnati Medical School in 1903. The Montgomery County and Ohio State Medical Societies honored him in 1954 for 50 years of medical practice. The annual lecture series was endowed by his son and daughter-in-law, Herbert C. and Marion Morris.

"An avid learner throughout his lifetime, he was keenly interested in medical research and advances in clinical practice," explains his granddaughter, Mariana Morris, Ph.D., former chair of the Department of Pharmacology and Toxicology. "This lectureship is a tribute to his lifelong dedication to the science of medicine."