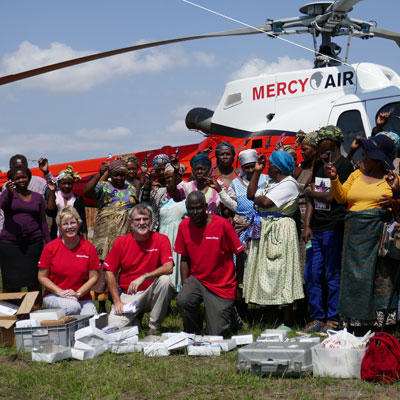 Whether delivering medicine to remote corners of Africa via helicopter or treating the sick children of Jamaica in makeshift tents, medical students at the Wright State University Boonshoft School of Medicine are making a difference. Their efforts in global health, going back decades, have impacted thousands and helped to improve their skills as future doctors.

But more than that, medical service trips to impoverished and third-world countries have taught Wright State medical students lessons they could not have gained elsewhere. They see the shared heritage we all have as human beings, and the dignified care each of us deserves. They see the world in a better way thanks to a broader perspective. And they bring the techniques and knowledge they learn overseas back to their future patients.

Much of this is possible thanks to the Global Health Initiative at the Boonshoft School of Medicine, which began formally in 2000. Founded by first-year students at the medical school, it is a student-run organization that complements the Global Health Scholars Program, founded earlier the same year.

Nearly two decades ago, those students, like hundreds who would come after, were interested in completing clinical rotations in developing countries. They wanted to help those less fortunate and gain a greater understanding of people outside the United States. Many then, like now, felt called to go on medical service trips.

“I have felt a calling on my life to work as a medical missionary in a developing country since I was a senior in high school. When I was applying to medical schools, Wright State was one of the only schools with an international health track that could help me not only travel overseas but also learn more about good global health practices,” said Erica Seabold, a Pittsburgh native who is beginning her fourth year as a medical student. “Naturally, I jumped right into the Global Health Initiative.”

Her first trip was to Liberia in 2012, when she was a student at Cedarville University. She had just finished her first year of nursing school and was traveling with African Bible Colleges to work out of a mobile clinic.

The lack of health care surprised her. She saw that people didn’t know what vaccines were, or readily believed the claims of witch doctors. Seabold watched as the doctors worked with meager resources to set bones, aspirate knee effusions, help burn patients, and treat children with epilepsy. The experience helped her to realize that she wanted to become a physician, and inspired her to take more foreign service trips and change her undergraduate major to biology.

Since then, Seabold has traveled to Pioneer Christian Hospital in the Republic of Congo twice since then. Her efforts to set up an emergency ambulance service there helped her win the Outstanding Third-Year Student award from the Wright State University Academy of Medicine.

“I went again after my first year of medical school in 2016 for three weeks with one medical student from my class,” Seabold said. “Both times I went to Congo it further reinforced that working in developing countries was the calling for my medical career.”

Emily Stone, a member of the class of 2020 from Granville, Ohio, has a similar draw to service. 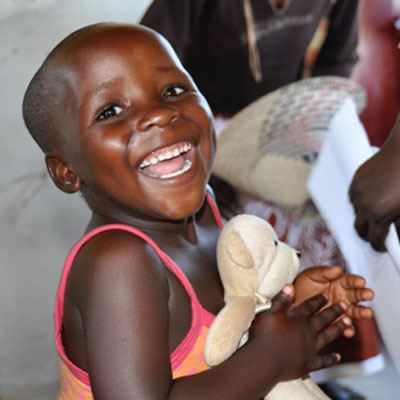 “It’s very important for me as an individual, while incorporating my skills as a physician, to be engaged with those around the world and with those right here who are from around the world,” Stone said. “There’s a lot to be gained by learning from and serving others around you who are different, and engaging with that uniqueness heartens you to care for others more fully.”

Stone’s favorite trip has been to Saint-Louis-du-Nord, Haiti. She went as a volunteer with an eye clinic team of ophthalmologists, optometrists, nurses, and others like her who weren’t professionally qualified but were ready to help.

She saw dozens of eye surgeries and hundreds of exams. Stone helped dispense medicine, talked through medical histories with patients, and prayed for anyone who requested it. She remembers that hundreds of people lined up at the hospital every day. Some slept in the hallways. Many walked miles without being able to properly see.

“I saw an older lady who had been sleeping in the hallway the night before. She was just sitting there, looking at me, and smiling. I only know a select few words in Creole, so I sat down by her and said, ‘Hi, how are you?’” Stone said. “Her response was something I didn’t understand, so I shook my shoulders, pointed to her, and responded, ‘beautiful,’ which was in my small vocabulary. She held my hand and said ‘beautiful’ back.”

Stone found a great deal of meaning in that encounter, and learned to see the value and worth of every moment and meeting with each patient. Stone learned to disregard the nominal value of social status. She was able to love and serve her patients even though Haitian society didn’t value them.

Hall Wang, a member of Stone’s class from Dublin, Ohio, learned a similar lesson of humility. He has traveled to Haiti and Honduras. Coming from an affluent area, Wang felt very fortunate to have been born in the United States.

He saw that we all have the same basic needs of food, water, health care, and companionship. Wang learned that he could not have made it to where he is today without having the fortune of being born into an upper-middle class family in the United States.

“When I see all these kids, with so much intelligence, so much potential, and so much drive for life, I can’t stand to think they will be barred from opportunities just because they were born into an area of low socioeconomic status, with no access to clean water, or health care,” Wang said. “I want to take the opportunities that I've gained from my fortunate upbringing to help others reach the same opportunities, starting with access to health care.” 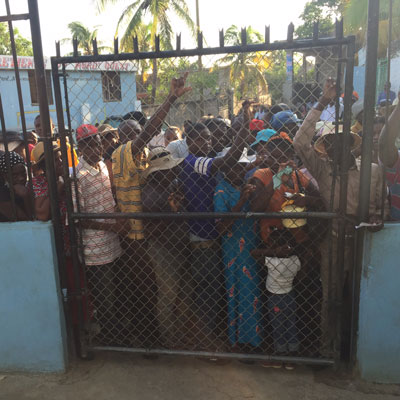 Wang and Stone, as part of their participation in the Global Health Initiative, helped to bring that lesson of humility back to Dayton. They invited Roger Pacholka, M.D., ’80, ’85, ’88, to speak at the 13th Annual Global Health Initiative Symposium. Pacholka was one of the first Wright State medical students to travel abroad when he went to the southern African nation of Swaziland in 1984.

Pacholka likewise felt that he was called to work in Swaziland. His 34 years of service there began after attending a church service. As he listened to the sermon, he sensed very strongly that his purpose was to help the people of Swaziland.

He was able to persuade faculty members to let him do a global health rotation during his time in medical school. Years later, during his emergency medicine residency at Wright State, Pacholka went again. He and his wife Katy, a registered nurse, have gone back every year since for months at a time, working to grow his efforts and bringing plenty of Boonshoft School of Medicine students with them.

“There’s an eagerness. You can certainly sense an eagerness and a willingness of the students to take advantage of opportunities to serve in other countries, to take advantage of the opportunities to learn from a multinational medical staff,” Pacholka said. “They recognize that the world is coming to Dayton and we need to be prepared to take care of the patients who come here to live and to work in our community.”

Coinciding with his service work in Swaziland, Pacholka says that 99 percent of the students who have traveled with him have come back changed for the better. They’ve become better people and, he believes, better doctors.

With all the technology and convenience that modern medicine boasts in the United States, Pacholka is concerned that doctors today have too many screens between them and their patients. Increasing reliance on tests, for all its good, has brought about a drop in the kind of good, old-fashioned doctoring that Pacholka wishes for all patients. 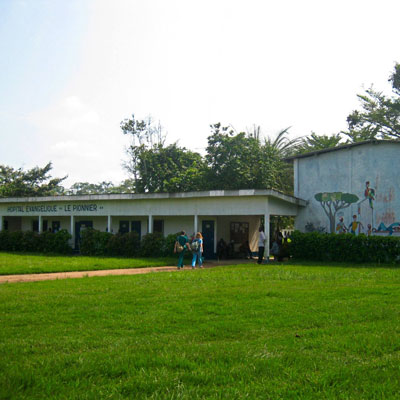 In developing parts of the world, medicine is still practiced the way it always was. The dearth of resources in some regions requires flexibility. It requires otherworldly passion and, at times, ingenuity.

“I really believe that the successful doctors of the future will be those who can practice quality health care by using their hands, eyes, ears, and hearts, instead of relying solely upon these expensive diagnostic tests and the cookbook approach to medicine that is removing the caring from health care,” Pacholka said.

He is grateful that today’s Wright State medical students have the opportunity to connect with the science and art of medicine. They can feel and see the impacts of their service, which gives them a humility and appreciation for their small place in the world.

Viruses and bacteria don’t recognize international borders. Illnesses once seen in the remote corners of the world are now coming to towns in the United States thanks to business and leisure travel as well as immigration.

“Our students can read about tuberculosis, malaria, HIV-related illnesses, malnutrition and so on. But the best way to truly learn is hands-on experience in regions where those issues are commonplace, such as Swaziland and Mozambique,” Pacholka said. “Our students also learn that people from different cultures have different beliefs and different perspectives about their health care.”

His time in Swaziland, working with Mercy Air South Africa and other organizations to provide medical air support, has shaped his appreciation. Pacholka also works closely with the Raleigh Fitkin Hospital in the country’s largest city, where he is leading the construction of a medical education center and dormitory. The country’s ministry of health also has asked for his input to help start a medical school in Swaziland.

Pacholka never imagined that the global health offerings at the Boonshoft School of Medicine would grow like they have. Working abroad has had incredible impacts on his life and those who have traveled with him.

“And now with a formal program, everybody that goes to the Boonshoft School of Medicine has those same opportunities that changed my life,” Pacholka said. “I’m grateful that the program has grown at Wright State. And if I’ve had any small part in that, I can only give thanks to God. That’s a tribute to Wright State. That has everything to do with the type of school that Wright State is and the type of leadership that the school of medicine has.”