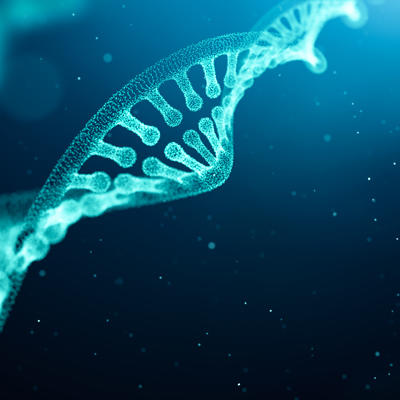 It may be hard to tell by the looks of them, but your hands are teeming with microbial life. And each one of those little bugs could give you a communicable disease, from something as common as the flu to something like a methicillin-resistant staph infection. Of course, the best way to prevent getting sick is to wash your hands. Yet many people are lax about it.

The lack of appreciation for something so simple as good hand hygiene is a suitable parallel for the general state of managing communicable diseases in the United States. The dangers are right in front of us, but most of us are blissfully unaware. That’s in part because most people aren’t experts on communicable diseases, and also because public health education campaigns can only do so much.

Of course, infectious disease experts and other health care providers on the front lines of fighting communicable diseases know the dangers. But there are still incredible challenges to be faced.

“Communicable diseases have a lot of variability, which is why they have the ability to impact every single human being,” said Steven Burdette, M.D., ’00, professor of internal medicine and director of the infectious disease program at the Wright State University Boonshoft School of Medicine.

Burdette believes that the management of communicable diseases is getting worse in the United States, and he has good reason to think that. Dr. Burdette frequently sees bacteria for which he doesn’t have a single antibiotic that will work for treatment. There also is the issue that pharmaceutical companies aren’t developing treatments for some of the mutating bacteria out there. 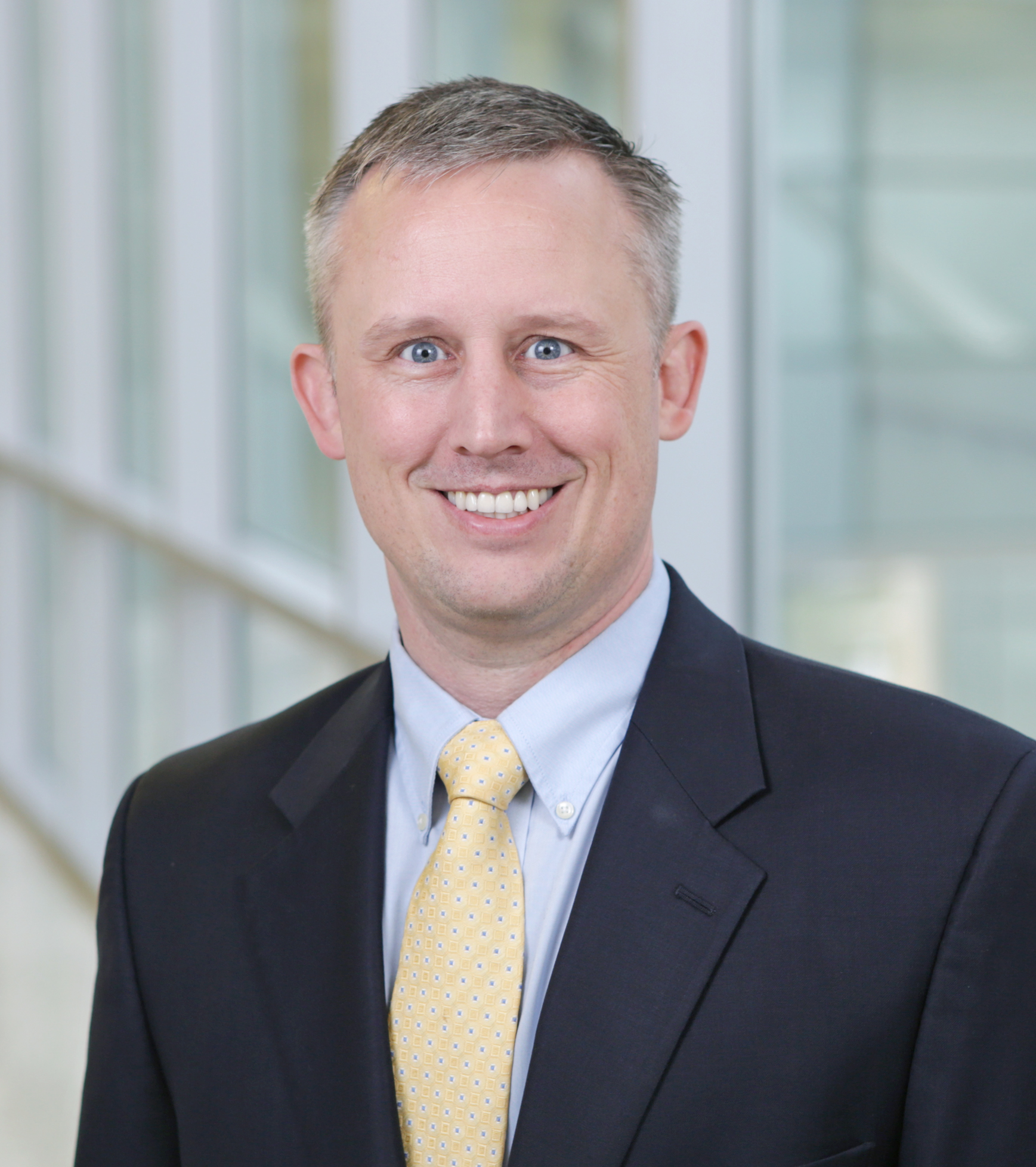 The reason for that is that it is hard for drug makers to rationalize putting the time and energy into developing new drugs if there is a chance they won’t recoup their costs. With antibiotics, there simply isn’t as large a payoff, partly because physicians prescribe short-course, targeted treatments to avoid antibiotic resistance and also because drugs for more complex diseases like HIV yield more profit.

There’s no simple solution, but Burdette believes that better hand-washing could drastically reduce the spread of communicable diseases in the general public. He advocates better hand hygiene for everyone. Also, he recommends switching from handshakes to fist bumps, much like comedian Howie Mandel and former President Barack Obama have done.

Dr. Burdette believes hand-washing could play a dominant role in stopping the spread of communicable or infectious diseases. But he also knows that vaccines play a vital role as well. As an example, he points to post-influenza pneumonia. The lung infection is contracted after someone’s immune system is weakened due to the flu, and often requires treatment with antibiotics. If the person had just gotten their flu shot, they could have beaten influenza quicker and likely not gotten the pneumonia at all. That would have eliminated their need for antibiotics and minimized complications from antibiotics down the road.

Antibiotics have a lot of impact on the good bacteria that live in the gut. If the prescribed antibiotic is not narrowly focused, it can kill off good bacteria the body needs to digest food or that are important for immunity. A large part of what Dr. Burdette does as an infectious disease specialist is advise providers on proper antibiotic use. This includes proper use for treating diseases that are transmitted sexually.

There is a potentially fatal colon infection that can occur when antibiotics are improperly prescribed. It involves the bacterium clostridioides difficile, also known as C. diff. After the normal healthy balance of bacteria in the colon is disrupted, the bacteria proliferate and cause colitis. Dr. Burdette’s grandfather passed away because of C. diff. And, of those who get the infection, 25 percent will get it a second time. If they get it again, there is a 35 percent chance they will get it a third time.

“That’s such a bad infection that if one person in the family gets it, they can give it to other people in the family,” Burdette said. “In the hospitals, we worry about it because if you have a case of it in a hospital unit, other people can be infected as well, if others are not practicing good hand hygiene.”

One incredibly simple way to avoid getting that nasty C. diff. infection is to get immunized for the flu. The common vaccine can help people avoid post-influenza pneumonia and the need for antibiotics altogether.

“A long time ago, I realized the most important thing we do for children for their lifelong health is to vaccinate them,” said Sara Guerrero-Duby, M.D., a pediatrician at Dayton Children’s Hospital and assistant professor of pediatrics at the Boonshoft School of Medicine.

Like Burdette, she is aware of the challenges that health care providers face in treating communicable diseases in the U.S. Much of her personal efforts to furthering the fight have gone into making sure her pediatric patients get vaccinated.

Dr. Guerrero-Duby recently was honored with a 2019 Childhood Immunization Champion Award from the Centers for Disease Control and Prevention for her efforts to promote childhood immunizations. Only one person per state receives the award. No matter where she has worked or lived, including time as an Air Force physician, Dr. Guerrero-Duby pushes herself and others to take advantage of opportunities to vaccinate children—she knows how big a difference it can make.

“I was always kind of the vaccine queen in the office who was always pushing the missed opportunities. You don’t want to miss a chance to give a child a vaccine just because it wasn’t a scheduled well-check,” Guerrero-Duby said. “If they were behind, we vaccinated them, and the other doctors at work have become influenced by this passion. This award was just the nice, little icing on the cake for a lifelong emphasis on vaccinating children. I was very proud to get this.”

She encourages patients to consider vaccinations throughout their stages in life. She recommends different ones depending on their age, surroundings, or daily activities. She tailors recommendations to their needs the best that she can.

Guerrero-Duby advocates that adults get the flu vaccine. For grandparents who are around newborns without immunity to whooping cough, she recommends Tdap boosters. That shot covers tetanus, diphtheria, and pertussis. For other adults who may have missed the window to get the human papillomavirus (HPV) vaccine, Dr. Guerrero-Duby is recommending it for those up to the age of 45.

For others, such as the one for measles, mumps, and rubella (MMR), she believes it is very important for children. The MMR vaccine has gained prominence again in Ohio, as the first measles case in 2019 was identified near Canton, Ohio. Another significant vaccine is for pneumonia.

Whooping cough has raised its head around Cincinnati. That is due in part because the vaccine’s protection waxes and wanes over the years. Hepatitis A, which has been found in contaminated food and salad packaging, also has made a resurgence. Potentially, it is because a lot of people don’t worry about getting the Hepatitis A vaccine. It’s not mandatory for school, and many parents don’t have their children vaccinated.

Some of the blame also may lie with vaccines themselves, as they have been so successful at eradicating sickness that many people don’t see them as necessary.

“People have lost their knowledge about diseases. So vaccinating against them is less important. They don’t remember the historical impacts that their grandparents saw, who probably made sure they were vaccinated,” Guerrero-Duby said. “Lack of vaccination is probably a bigger issue of why you see a resurgence in any disease that is vaccine-preventable, rather than the germ itself has mutated.”

With a lack in vaccination, there is elevated risk for members of a community. That is because the community as a whole has a “herd immunity” that is strengthened or weakened depending on the numbers in its ranks who are vaccinated.

Education is a big component to solving the issue. Dr. Guerrero-Duby says that education comes through physicians and other health care providers. It also can come through schools, public service announcements, social media, and word of mouth.

Friends and family are influential in spreading knowledge about vaccines. For example, parents can tell other parents that they aren’t comfortable letting their kids play with others who have not been vaccinated.

Legislation also plays a role, as it requires vaccinations for young children.

“People may say that’s the law stepping on their right. Forever, since they’ve had vaccinations in schools in this country, we’ve required that kids be vaccinated. So I don’t think it’s a new importance to have children for school entry and daycare entry to be required to have vaccines,” Guerrero-Duby said. “I think having laws that encourage children to be vaccinated, unless they have a medical exemption, is appropriate.”

“The best thing we can do is prevent infection when it’s possible,” Burdette said.