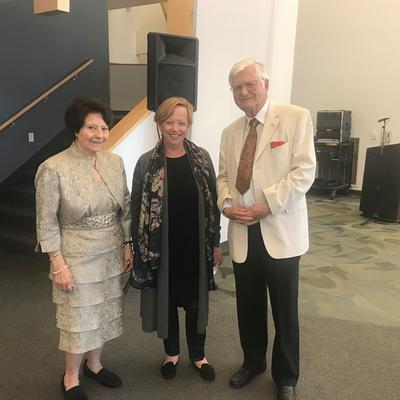 Dr. Norma Adragna-Lauf retired in June 2019 after 34 years of service to the Boonshoft School of Medicine. Dr. Adragna-Lauf was dedicated to students and student success as a professor in the Department of Pharmacology and Toxicology.

A native of Argentina, she received her Ph.D. in biochemistry from the National University of Cordoba. She came to Wright State University in 1985 and was promoted to professor in 2001. She served as interim chair of pharmacology and toxicology from 2013-2015.

Her passion was science, specifically the regulation of ionic and water transport across membranes. During her career, she was a member of several scientific societies, including the American Association for the Advancement of Science, the American Physiological Society and the Red Cell Club. She received more than 40 funded proposals and grants; had over 250 lectures and presentations; and was featured in more than 80 publications. She was extremely dedicated to students, mentoring over 120 high school, undergraduate, graduate, Ph.D. and postdoctoral students.