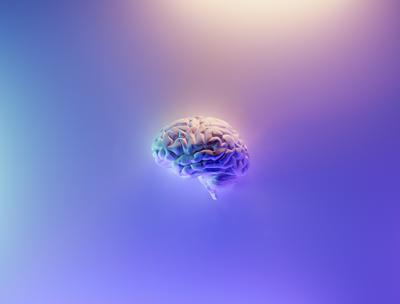 Among the most common—and serious—types of medical errors are failures of diagnosis. Sometimes these errors occur because doctors don’t even consider the proper diagnosis on their mental lists of possibilities.

Researchers at BSOM are studying how well young doctors can expand those lists of differential diagnoses by using mental techniques to help them access memories from their medical training.

Frederic Stuart Leeds, M.D., an associate professor of family medicine at BSOM who is leading this differential diagnosis (DDx) research, said, “failures of diagnosis are a tremendous clinical problem,” and “failure to entertain the proper diagnosis” constitutes a significant percentage of such errors.

“A failure to generate adequate and appropriate differentials is a likely root cause of diagnostic error—and such errors frequently put patients at risk,” according to a 2020 article by Leeds and his team. They cited estimates that “in the U.S. outpatient population alone, perhaps 12 million patients a year are exposed to errors in diagnosis, half of which result in measurable harm.”

Research shows that wrong or delayed diagnoses cause more harm to patients than any other kind of medical error, resulting in 40,000–80,000 deaths annually in U.S. hospitals. The Society to Improve Diagnosis in Medicine said improving diagnosis could save $100 billion per year in unneeded tests, wrong treatments, and malpractice lawsuits.

Honing diagnostic skills is a lifelong pursuit, but BSOM researchers have found the use of mental shortcuts can improve novice doctors’ ability to form differentials.

“There’s a school of thought that says the only way you get better at DDx is to do it a whole lot,” Leeds said. “We don’t believe that. We think we can figure out what experts are doing and make it teachable.”

BSOM researchers have developed a three-step model of DDx. First, doctors intuitively generate a list of possible diagnoses. Then they filter out implausible diagnoses and order the remaining diagnoses for likelihood and risk to patients.

“If you don’t get generation right, the rest of it falls apart,” Leeds said. “That’s the stumbling block for most students.”

The problem likely isn’t a lack of knowledge. “By the third year of medical school, the average student has acquired an impressive reserve of clinical knowledge,” BSOM researchers wrote.

The BSOM researchers found that third-year medical students made broader and better differentials when they jogged their memories with metamemory techniques, or MMTs.

The ongoing research began in 2018, when a full class of BSOM’s third-year family medicine clerkship students was evaluated over an academic year.

Researchers asked the 114 students to generate differentials for fictitious cases based on common clinical scenarios. They paired the eight cases so students generated differentials before and after receiving training in each of four MMTs.

“Students and educators often think of MMTs as gimmicks or ‘tricks,’ but such devices have been shown to enhance academic performance in a variety of settings,” the BSOM research noted.

The researchers wrote that the four MMTs under study were chosen “based on their broad applicability, apparent common usage in clinical settings, and the teaching experience of the authors, as well as on the relevant literature.”

The four MMTs studied by researchers were:

Mental CT Scan: A visualization technique in which students were asked to mentally “dissect” patients from front to back, asking “What lives here?” and “What can go wrong with it?”

Bundling: A cue to remind the students that “diagnoses travel in packs.” That is, sometimes a diagnosis for a given scenario is associated with other diagnoses. “Once you get one,” Leeds said, “you get the others for free.”

Students were limited to three minutes to generate differentials in each case. “It was very rapid-fire,” Leeds said.

Researchers determined differential sizes by the raw number and by those comporting with a list of medically plausible diagnoses.

The study showed that students using the Mental CT Scan generated a statistically significant increase in differentials over those who didn’t. There also appears to be a cumulative improvement when the other MMTs are used.

Benefits of the “weaker” MMTs may be statistically significant in a larger study, researchers said.

BSOM researchers are now working on a “big kahuna” theoretical model paper and Leeds is writing a book on the topic.

The MMT training has proven popular with students, who said the Mental CT Scan was particularly useful.

“I want them to walk out thinking, ‘I’m a better doc for this and they didn’t waste my time,’” Leeds said.—Tom Byerlein