Two Wright State University Boonshoft School of Medicine students presented research about refugee patient communities and their health concerns at a workshop at the North American Refugee Health Conference in Toronto, Canada.
Third-year medical students Katie Adib, of Dayton, and Cynthia Joseph, of Littleton, Colorado, were part of a team of researchers from various organizations led by Kate Conway, M.D., ’05, M.P.H., assistant professor of family medicine and director of medical education in the Department of Family Medicine at the Boonshoft School of Medicine. They presented research to an international audience of health care professionals who work with refugee populations.
Their research, “Refugee Centered Medical Home: Refugees as our Patient Leaders,” was part of Conway’s grant work with Patient Centered Outcomes Research Institute. In 2016, Conway was awarded a grant of about $15,000 to build a team of refugee patient representatives, clinicians, community stakeholders, and researchers all dedicated toward improving the health care experience and outcomes for refugee communities resettling in the United States.

M.D./Ph.D. student to serve on AAMC Board of Directors 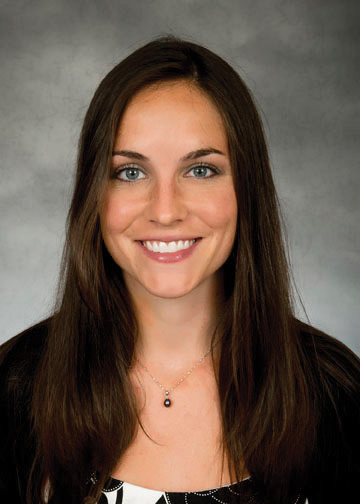 The Association of American Medical Colleges (AAMC) selected Marie Walters, an M.D./Ph.D. student at the Wright State University Boonshoft School of Medicine, to serve as the medical student representative on its 2017-2018 Board of Directors.

Passionate about advocating for medical students, Walters has been active with the AAMC, serving as an AAMC representative since 2013. She served as the chair to the Central Region on the AAMC Organization of Student Representatives Administrative Board in 2015 and then worked as the liaison to the AAMC Committee on Student Affairs in 2016.
She has attended national and regional meetings and worked with students, medical school deans, program directors, and other student affairs staff. “Being on the board of directors will be an extension of my current role,” Walters said. “I will be able to advocate for medical students nationwide.” 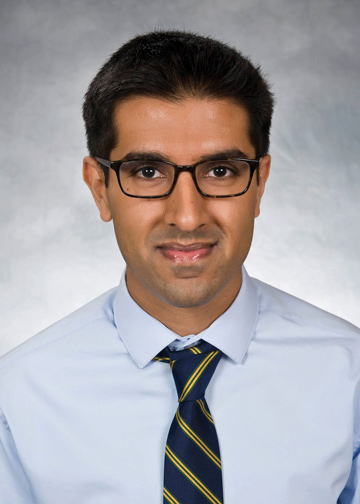 Ramanjot Kang, a fourth-year medical student at the Wright State University Boonshoft School of Medicine, was one of 22 medical students nationwide selected to participate in the American Society of Hematology (ASH) 2017 Minority Medical Student Award Program (MMSAP). This is the second year that Kang has received the award. He was one of four medical students selected to return to the program with new and/or continuing research.

The ASH program encourages underrepresented minority medical students to pursue careers in hematology by supporting them as they implement their own hematology-related research project in the lab of a research mentor. ASH is the world’s largest professional society of hematologists dedicated to furthering the understanding, diagnosis, treatment, and prevention of disorders affecting the blood, bone marrow and immunologic, hemostatic, and vascular systems.
Kang will receive $7,000 to help cover his research projects and travel expenses to the 59th ASH Annual Meeting in Atlanta, where he will present his research findings on autoimmune diseases during a special session. He presented his research in December 2016 in San Diego and was recognized with an Abstract Achievement Award.

Charles Grant III, a fourth-year medical student at the Wright State University Boonshoft School of Medicine, has been named the national vice president for the Student National Medical Association (SNMA), the oldest and largest medical student organization dedicated to serving the needs of underrepresented minority students who wish to pursue careers in the field of medicine. As vice president of SNMA, Grant is responsible for leading committee activity and implementing the agenda for the year.

He is just one of a few recent Boonshoft School of Medicine students who have served in national leadership positions for SNMA. From 2016-2017, Christen Johnson, M.D., ’17, was the organization’s national president. Topaz Sampson, M.D., ’15, also served as president from 2014-2015.
“To know that SNMA’s membership elected me to hold this position gives me great pride and a huge sense of duty to make them proud,” said Grant, a native of Enumclaw, Washington. “When I first started medical school, one of my goals was not just to grow into an excellent physician throughout my training. I also wanted to become someone who can advocate for my community as a leader, especially in regards to youth mentorship, guidance, and health education.”

The annual advocacy day brought together 430 ACP members from 47 states and the District of Columbia. They met with their senators and representatives in congressional visits. Medical students and doctors were divided into teams based on the state where they live.
Fourth-year medical student Casey Smiley and Nick Christian, M.D., M.B.A., ’17, represented the Boonshoft School of Medicine. Their team met with Sen. Rob Portman and Reps. Steve Stivers (15th District), Brad Wenstrup (2nd District), and Bill Johnson (6th District) in person. They also met with legislative aides for Reps. Steve Chabot (1st District), Warren Davidson (8th District), and Patrick Tiberi (12th District).

Ohio natives Jeff Bierly, of Centerville, Sarah McGraw, of Canfield, and Hannah Polster, of Columbus, volunteered in a local health center in Chilumba. The rural community is in the Karonga district of northern Malawi in southeast Africa. The students, who are now in their second year of medical school, helped clinicians with patients, checked on new mothers, and worked in nutrition clinics, where they measured and documented children’s growth and immunizations. They also volunteered at three outreach clinics where children were weighed, immunizations were administered, and education was provided on various topics including prenatal care, nutrition, and HIV/AIDS.
They volunteered with Determined to Develop, a nonprofit organization that works side by side with community members in Chilumba to identify and address needs and provide assistance in the overall development of the region. The medical students gained firsthand experience with an African culture and learned how health care and population health initiatives are implemented in a highly under-resourced country with a significant burden of disease, high maternal and infant mortality rates, and chronic poverty.
Last edited on 02/01/2018.