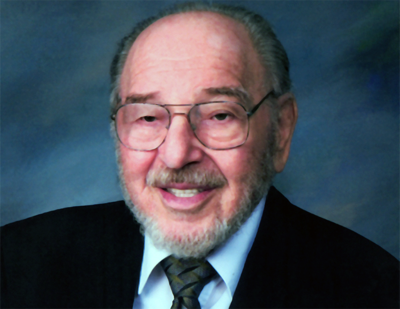 In accepting the extraordinary gift, the medical school leadership took very seriously Oscar Boonshoft’s charge to build on his family’s support in order to achieve even greater success as an institution and to assume a leadership role in advancing science, improving health care delivery, and expanding access to quality care.

In the years since the gift was presented, the medical school has focused on leveraging that gift to promote progress in the areas of physical space, innovative research programs, geriatric medicine, expanded global health efforts, and support for scholarships — the hallmark is the Boonshoft Scholars program, which every year awards one-year and four-year scholarships to deserving medical students.

The gift helped to support the renovation of the Gandhi Medical Education Center in White Hall, which opened in the fall of 2008. The center is a showcase for the medical school. It is just one of many transformations that were made possible by the gift from Oscar Boonshoft and his family.

The allocation of $2.5 million from the Boonshoft family gift provided the foundation for a very successful fundraising campaign that made the renovation of White Hall possible. By leveraging the initial investment, the school was able to generate $10.5 million in additional funding to cover the cost of the historic project.

The Boonshoft gift also helped the school in winning several grants from the National Institutes of Health (NIH). It also helped in purchasing scientific equipment that made possible studies of cardiovascular diseases, diabetes, and the toxicity of nerve agents. The gift also made possible trainings in the Dayton region that helped local residents improve their health literacy skills.

The grant awards helped establish the Comprehensive Neuroscience Center, which pulled together experts from several disciplines to advance research of neurological, developmental, cognitive, psychiatric, and trauma-induced disorders of the nervous system. The gift leveraged the first Program Project Grant awarded by the National Institutes of Health in the history of Wright State University.

The 2007 grant totaled $5 million, and brought together several Boonshoft School of Medicine researchers funded by the NIH. The support helped medical school researchers to gain another $4.6 million in funding six years later to study movements of synapses. The Comprehensive Neuroscience Center also helped the medical school to leverage $5 million in private support from Premier Health to create the Wright State University and Premier Health Neuroscience Institute.

With the gift from Oscar Boonshoft and his family, the medical school also established a Department of Geriatrics. At the time, the Boonshoft School of Medicine was one of very few medical schools in the United States to have a department dedicated to the care of older persons.

To attract top students and residents to geriatrics, the medical school created a scholarship, which awards two geriatric scholarships each year to individuals in return for a commitment to practice geriatrics in Ohio for two years. Geriatrics is also a required rotation for all Boonshoft School of Medicine residents in family medicine, and the Department of Geriatrics regularly sponsors research projects that further care for the elderly.

Thanks to the transformational gift, the Wright State University Boonshoft School of Medicine has likewise been able to increase its global health programming. The medical school created critical infrastructure needed to expand research and education in the areas of population health, quantitative analysis, clinical prevention, and health policy.