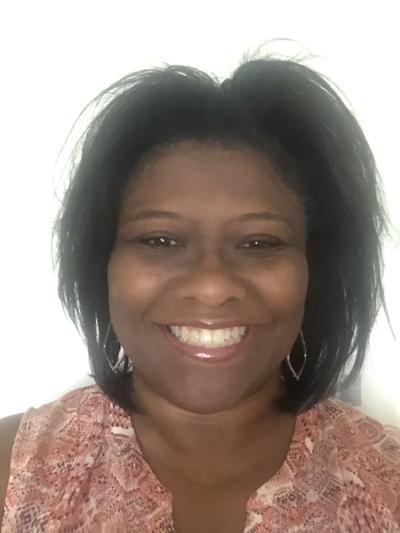 Dr. Patricia Oneal, ’98, grew up in Clarksdale, Mississippi, and is a fan of Blues music. But her love for science led her to pursue chemistry in college. She may have wound up performing research in a lab if it weren’t for a friend.

While studying analytical chemistry at Southern Illinois University in Carbondale, Oneal met someone who was in the post-baccalaureate program for those interested in pursuing medical school. This friend convinced Oneal to go into the program and consider a future working in medicine.

“My mindset at that time was to get a Ph.D. in chemistry and work in someone’s lab. But I completed the post-bacc program along with getting my master’s at Southern Illinois,” Oneal said. “And that’s how I was first introduced to Wright State. Wright State was actually bringing people to tour and speak about the school and to speak about the mission of the school. That is what compelled me to apply and I got in."

Toward the end of medical school, in her third and fourth years, Oneal had the opportunity to do offsite rotations. One of those rotations led her to meet Ernest Turner, M.D., a pediatric hematologist oncologist in Nashville, Tennessee.

“We did a lot of work and research into sickle cell disease because he was the director of the newborn screenings in Tennessee,” Oneal said. “All newborns in the state of Tennessee have a certain panel of genetic tests done and that also is included in looking at identifying if the baby has a hemoglobinopathy, whether that’s sickle cell trait or actually sickle cell disease.”

Dr. Turner encouraged her interest in studying sickle cell disease. Oneal was also interested in uncovering the pathologies and treatments of leukemia. She guessed that it would be a mix of malignant and non-malignant hematology, and Oneal enjoyed caring for others.

“I really loved taking care of patients in the heme clinic when I was doing my residency in Cook County in Chicago,” Oneal said. “Dr. Turner, in my last year of residency, he actually became the chairman of pediatrics at Cook County. He encouraged me to apply to the National Institutes of Health to do my fellowship. I didn’t know what to do at the time, but I’m grateful that I applied.”

The choice led her to a career with the National Institutes of Health (NIH) and the National Heart, Lung and Blood Institute. Oneal is also affiliated with Howard University, where she is a prolific researcher in the world of sickle cell disease.

Oneal is an expert on the disease and on how specific drugs can offer treatment for disease while other approaches like bone marrow transplantation and gene therapies can offer the potential for a cure. At the Food and Drug Administration, Oneal is heavily involved with the review and approval process for novel pharmaceuticals that may one day make a difference for people suffering with sickle cell disease.

In Dr. Oneal’s free time, she likes to watch independent films and goes to the theatre and opera in the nation’s capital. One of her favorite authors is Daniel Black, who is a professor of African American Studies at Clark Atlanta University in Atlanta, Georgia. She loves traveling, especially to Japan, as she has learned so much from venturing out of the areas with which she’s familiar.

That is something that she advises medical students to do. Getting out of their communities is important for broadening their perspectives.

“It was very enlightening and I think, if you have the opportunity, traveling is a must. It doesn't necessarily have to be a big trip. Just going outside your community and being with a totally different group of people. It is a different perspective and a different level of understanding,” Oneal said. “And I think that's key, especially in this time when we are focused on self-identity and we're so polarized. People have fallen out of this understanding that we are more alike than we are different.”