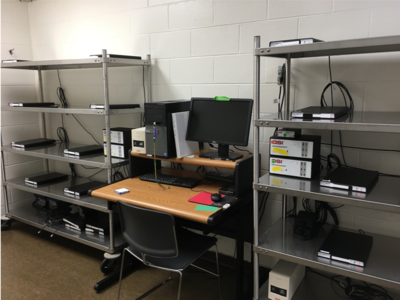 Nationally, statistics on stroke are bleak. It affects 800,000 people every year and it is the fifth leading cause of death and the leading cause of adult disability in the United States. However, researchers at the Wright State University Boonshoft School of Medicine are working to improve the statistics.

The primary focus of her projects is developing better and novel treatments for ischemic strokes. Ischemic strokes occur when arteries in the brain become narrowed or blocked, causing severely reduced blood flow to a region of the brain. When this happens, brain cells are deprived of oxygen and begin to die. After this abrupt cellular death, abilities controlled by that area of the brain are permanently lost.

Diabetes is a complicating factor, as those with diabetes are two to four times more likely to have a stroke than those who don’t have diabetes. Diabetics also tend to have strokes or develop heart disease at an earlier age than non-diabetics. 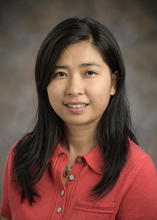 “The long-term aim of my research is to find novel therapeutic or preventive avenues and biomarkers for stroke patients, especially those with diabetes,” Bihl said.

To improve understanding of the complex issues involved, Bihl and others recreate the string of events that lead up to a stroke. The approach combines in vivo transgenic models, surgery, and in vitro cell culture models.

Using in vivo transgenic models whose DNA have been altered for the purpose, Bihl and her group study the role of the angiotensin system in stroke. The system is chiefly involved in regulating blood pressure and fluid balance in the body. These efforts are combined with others that evaluate the impacts of high cholesterol in diabetics, known as dyslipidemia.

Another question is the role played by exosomes, or extracellular bodies that are released from cells and present in bodily fluids, blood, and urine. For that, Bihl uses a Nanoparticle Tracing Analysis system called Nanosight. The equipment gives the research team the ability to assess exosomes for size, concentration, and type.

It is revealing that exosomes from cells that make up the lining of blood vessels, also called endothelial progenitor cells, could provide beneficial effects on stroke by transferring proteins and other molecules. The work on this process and how to exploit it clinically is just beginning, but results are promising.

“I expect to find a novel and effective therapeutic method to reduce stroke injury and promote long-term recovery of neurological function,” Bihl said. “Also, I hope to discover a biomarker for evaluating the outcome of stroke earlier.”

She works closely with collaborators Yanfang Chen, M.D., Ph.D., professor of pharmacology and toxicology, and Jeffrey Travers, M.D., Ph.D., professor and chair of the Department of Pharmacology and Toxicology and professor of dermatology. The exosome findings may also help related research Travers is leading into the skin injuries induced by ultraviolet B-rays. The exosomes, the scientists have discovered, can serve as signaling transmitters after skin encounters sunlight, especially ultraviolet rays.

Along with Chen, Bihl is also helping to run a Preclinical Pharmacology Core. The pair of researchers provide clinical exercise, behavior tests, and facilities. These help to support a summer class for graduate students based on the core.