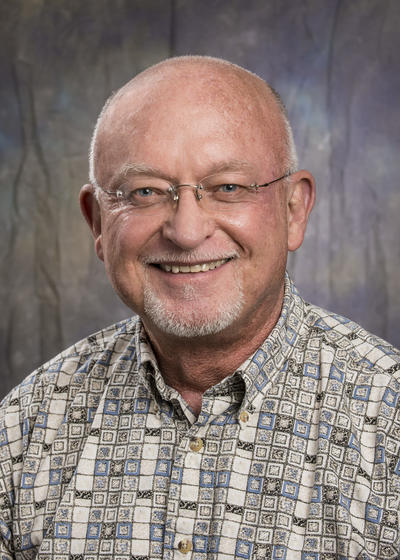 “I was living in the dorm during my master’s degree work. I saw the medical school building going up outside my window. I told myself this is where I want to go,” Brandt said.

He thought being in a small class of 32 would give him a good learning experience. Besides, not moving to Columbus saved him from having to develop a whole new support system of friends and community. His thoughts proved themselves true.

“My four years of medical school were some of the best I can remember,” Brandt said.

At his graduation, Brandt was selected by his classmates to receive the Outstanding Student Award that exemplified a student who most fit the school’s mission of going into primary care with a dedication toward community service. At the time, he had no idea what his future role was to involve.

Earlier in medical school, Brandt had the good fortune of being paired with a family practice physician, Dr. Richard Falls, in Xenia, Ohio. Dr. Falls became a role model for Brandt. Later, Dr. Falls became the medical director of the family practice residency in Yellow Springs, Ohio. “It was just a ‘no-brainer’ for me to complete my residency training there,” Brandt said. It was during that time that Brandt found his niche in the world of medical care.

When Brandt first began learning about HIV/AIDS, most of his education came from newspapers. The disease was so new at the time that he hadn’t learned anything about it in medical school. It was both fascinating and terrifying to learn about HIV.

He remembers the first patient he diagnosed was in 1983. At that time, without an actual HIV screening test, the diagnosis process included three major criteria. Those diagnosed with HIV, or in those days HTLV-III, had to be one of the populations most at risk of getting it, and gay males were at the top of the list. The other criteria included having an "opportunistic infection" and demonstrating that the individual's immune system was depressed.

Dr. Brandt recalls that the disease was called “gay cancer” or “gay pneumonia” by the mainstream media and general population. Initially, the official terminology included the term known as Gay-related Immune Deficiency, or GRID. It had not yet been named Acquired Immunodeficiency Syndrome, AIDS. Though the term “GRID” sounds derogatory today, Brandt found that it communicated directly to many of the at-risk populations, including IV users, hemophiliacs, and bisexual people, and prompted them to get checked. In 1985, widespread testing and screening could be done by an FDA-approved HIV blood test.

“A lot of people were scared,” Brandt said. “And because of their sexual practices, they would not bring that out to a doctor unless they knew the doctor was comfortable with things.”

As a gay man, Dr. Brandt understood where his patient population was coming from. HIV was a very scary thing since so little was known about it. In addition, many primary care physicians were often unwilling to treat anyone diagnosed with the disease. Patients weren’t getting basic care, and often their psychosocial needs weren’t being met.

After several years of volunteering to see HIV patients at Miami Valley Hospital’s Infectious Diseases Clinic, Dr. Brandt established an office called Health Care Interventions, a joint venture with Miami Valley Hospital and Fidelity Home Health Care, in 1990. He previously had worked as a private solo practitioner in Xenia, Ohio, after graduating from residency in 1983.

He made the move because he wanted to more adequately address the population’s lack of health care options. The leaders at Miami Valley Hospital agreed to give him all the resources he needed if he would agree to work out of the Dayton Free Clinic on Salem Avenue.

His office was staffed specifically to help meet the needs of HIV patients and those at risk of infection. It had an on-staff social worker and nutritionist. Dr. Brandt also made sure his patients had access to dental services via the dental residency program at Miami Valley Hospital. The sign outside was outfitted with rainbow colors, and promotion through local papers and gay community resource guides contained language that would let patients know his office would welcome them.

“I started treating patients the best I could,” Brandt said. “The darkest years were actually from 1985 to 1995, because triple-drug therapy didn’t come into vogue until 1996.”

Before 1996, all physicians could really do was manage the opportunistic infections that came with the last stage of HIV disease called AIDS. The single-drug therapies of the earlier days bought patients a little extra life, anywhere from six months to a year. But the therapies weren’t enough to suppress the virus, and it would always mutate and learn how to survive and continue its devastation on the patient’s immune system.

After single-drug therapy, physicians realized that two of the drugs together could have a bigger impact. Finally, when protease inhibitors came out, health care providers realized that they could combine three medications into a “drug cocktail” that would effectively suppress the virus. This allowed the patient’s immune system to recover.

After three years on Salem Avenue, Brandt’s office moved its location to East Stewart Street. Later, in 1996, he was one of the first few family practice physicians to become an HIV subspecialist through the American Academy of HIV Medicine.

Throughout the years, he extended and improved the quality of life for patients with HIV. He helped them to suffer less and to enjoy the time they had. He personally saw how treating HIV went from impossible to manageable. Dr. Brandt made a difference.

“Back in the early days, my goal for treatment was to keep people out of the hospital, keep them comfortable, and try to improve their quality of life; basically holding their hand until they died. I used to go to plenty of funerals back then. I spent a lot of time in hospice,” Brandt said. “Now, with triple drug therapy all in one tablet, it’s more like treating a chronic illness, like blood pressure issues or diabetes. In many ways, I think it’s easier to treat HIV than diabetes. HIV infection is classified now as a chronic illness.”

There also is a treatment available today that can prevent those at risk for HIV from contracting it. Called pre-exposure prophylaxis, or PrEP, the treatment can effectively reduce the risk of contracting HIV by 99 percent when taken daily. Brandt believes that PrEP and the successes of triple-drug therapy have worked so well that many in the gay community, especially younger people, don’t take the risk of getting the disease as seriously as they should. In many ways, HIV has lost its “scariness.”

As time went on and Dr. Brandt’s patient population grew (people weren’t expiring like earlier), he found he could no longer manage patient care as a solo practitioner. Efforts to find a group practice setting where he could maintain his HIV patients were difficult.

“I looked at various places and then this lightbulb went off in my head — why not come back to Wright State and the School of Medicine. I went to the family practice department and I told them that I had 450 AIDS patients who would follow me anywhere I go,” Brandt said. “I thought it would be a good idea to have medical students learn HIV care in a primary care setting. The family practice department agreed. I also had my own internalized goal, which was to try to get more primary care doctors involved with HIV treatment.”

Since 2009, Brandt continued to treat patients while serving as a practicing clinician member in the Department of Family Medicine at the Wright State University Boonshoft School of Medicine until his retirement in December 2017. Dr. Brandt helped teach medical students how to care for those with HIV, and also shared his special knowledge with the other physicians within the office.

In his “retirement,” Dr. Brandt still serves as an advisor for Boonshoft PRIDE, a medical student group. In conjunction with a group called Rainbow Elder Care, Dr. Brandt is assisting with a history project documenting lives of those in the Dayton LGBTQA community.

Dr. Brandt is involved with The Contemporary Dayton Visual Arts Center as a board member, since 2013. He also currently serves on the Dayton Gay Center’s board. Some of his duties include staffing the organization’s first aid tent during the annual gay pride celebration and serving as an educational resource on HIV disease.

Dr. Brandt is still available to help with the transition of care of his former patients, and commonly consults with doctors in the area who need his expertise. Making sure his patients are always well treated has always been his passion.

“I remember growing up, the gay issue was always in the background. I didn’t feel it was appropriate or safe to come out or share feelings,” Brandt said. “You put yourself in a certain category. ‘Coming out’ during medical school and residency was a long transition and a great learning experience. So, when I became able to treat patients on my own, I had a special affinity obviously for the people who were being discriminated against.”