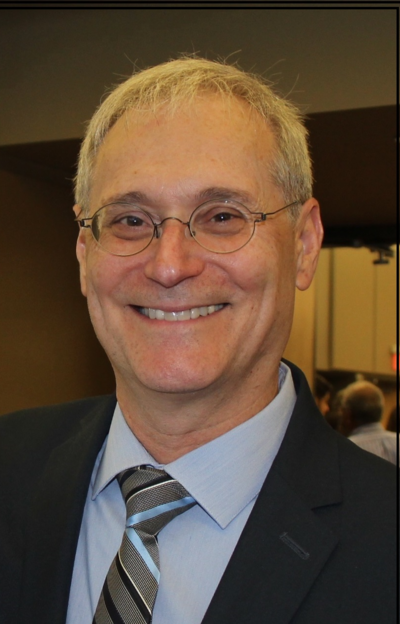 As a boy, Thales Pavlatos, M.D., saw the impact that his father, a medical doctor, had in his hometown of Springfield, Ohio. That was back when doctors still made house calls and developed relationships with their patients that commonly lasted a lifetime. His father worked as a family physician decades ago, but Pavlatos still hears stories from patients who remember their parents or grandparents receiving care from his dad.

“I admired him and the impact he had on so many people in Springfield,” said Pavlatos, clinical assistant professor of surgery at the Wright State University Boonshoft School of Medicine. He is one of more than 1,760 volunteer and emeritus faculty whose contributions transform education for medical students every year. “The work and volunteer experiences I had over the years as a high school and college student only served to confirm that medicine was the field for me.”

He has practiced as an anesthesiologist in Springfield, Ohio, since finishing his residency training more than 33 years ago. At that time, he went to work at Mercy Medical Center, the same hospital where he was born. Pavlatos now works full time at Ohio Valley Surgical Hospital. Physicians there have complete control of all aspects of care for patients needing surgery of any kind.

Most of his time is spent divided between clinical and administrative duties, which has been very rewarding. Pavlatos is active in many community projects, including some at the grade school he attended as a child, which is also where his children attended.

“I am well aware of the severe need for primary care in my hometown. I am also acutely aware of the economic and social hardships present in this community. I was fortunate enough to be given the opportunity to return to my hometown and help care for many of the same patients my dad had taken care of many years ago,” Pavlatos said. “I created a scholarship at the Boonshoft School of Medicine to help other Springfield natives pay for medical school in the hope that they too may return home and provide the medical care that is so desperately needed by so many here. Wright State is the perfect vehicle to make that happen.”

With some time in medical practice under his belt, Pavlatos began working as a clinical preceptor at the medical school. He has helped guide the aspirations of many bright students at Wright State University for more than a decade. The collaboration began when a clerkship coordinator for the Department of Surgery had a student who was interested in anesthesia and called to ask if Pavlatos would let the student shadow. It was a great experience for both, and led Pavlatos to open his practice to many other students.

When he was a medical student at Ohio State University, Pavlatos’ fellow students had a different attitude than the pupils he’s mentored from the Boonshoft School of Medicine. Wright State medical students seem a bit more relaxed than in his recollection of medical school in the 1970s. He feels the approach to teaching medicine in general has evolved for the better over the years, and Boonshoft’s collaborative and supportive style promotes this nurturing model in a unique and effective manner.

“The educational resources available to students today are remarkably more robust than those available in my day, but the amount of knowledge they need to acquire is far greater than I ever would have dreamed,” Pavlatos said. “There were no immunology textbooks when I went to medical school. We read articles that were photocopied for us, and we were told that someday this field would be important. At the time, none of us could foresee how dramatically this seemingly obscure topic would impact the field of medicine.”

Pavlatos is active as a board member for the Wright State University Academy of Medicine, an organization supporting medical education through providing student loans and awarding student and faculty achievement. Since its founding in 1977, the Academy has made a difference in the lives of students at the Boonshoft School of Medicine.

He also has helped educate students from other universities around the Dayton and Springfield area. These include pre-medical students from Wittenberg University, nursing students from Clark State, as well as anesthesiologist assistant students from programs all over the country.

“Each of them brings a different background and has their own story to tell. I have personally been surprised, impressed, and inspired by the depth of knowledge of the Wright State students I have come to know, many of whom are well published and have done remarkable things in the service of others,” Pavlatos said.