Robert E. W. Fyffe, Ph.D., professor of neuroscience, cell biology, and physiology, has been named WSU vice president for research and graduate studies. In this role, Fyffe will provide leadership to advance Wright State’s research, scholarship, and graduate programs, and will serve as an advocate for the diverse constituencies involved in the university’s research enterprise.

Fyffe joined the Wright State faculty in 1992 and held a variety of positions within the university. From 1995-2000, he was director of Wright State’s Biomedical Sciences Ph.D. Program and from 2000 to 2006 he served as founding director of Wright State’s Center for Brain Research (now the Wright State University & Premier Health Partners Neuroscience Institute). Fyffe was appointed associate dean for research affairs at the Boonshoft School of Medicine in April 2001, serving in that role until his appointment as vice president in the university. Before coming to Wright State, Fyffe was a research fellow at the Australian National University and a faculty member at the University of North Carolina at Chapel Hill.

Notably, Fyffe was named a University Professor, a special rank awarded by the Wright State University Board of Trustees reserved for full professors who have made outstanding contributions beyond the confines of their own discipline. He previously (1995-1998) was awarded the title of Brage Golding Distinguished Professor of Research at Wright State, and has run an active, NIH-funded laboratory for many years. A native of Alexandria, Scotland, Fyffe received a B.Sc. degree with honors in biochemistry from the University of Glasgow. He holds M.Sc. and Ph.D. degrees in neurophysiology from the University of Edinburgh. 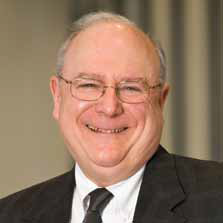 Kenneth J. Gaines, M.D., M.B.A., joins the Wright State University Boonshoft School of Medicine as chair of the Department of Neurology. Gaines is responsible for hiring a core team of faculty for the new department, and will serve as codirector of the WSU & PHP Neuroscience Institute along with Timothy Cope, Ph.D., chair of the Department of Neuroscience, Cell Biology & Physiology. Gaines will play a key role in directing the institute’s research focus areas, including meaningful, ongoing collaborations among basic scientists and clinicians working in close proximity. Additionally, Gaines will direct the neurology undergraduate medical education program, a major component of both the preclinical and clinical curricula in the medical school. Before coming to Wright State, Gaines served as chair of the Department of Neurology at the Ochsner Clinic and Foundation in New Orleans. Gaines also served as clinical professor of neurology at Tulane University School of Medicine in New Orleans, and was a professor of clinical neurology and chair of neurology at the University of South Carolina School of Medicine in Columbia, S.C.

Gaines both earned his M.D. and completed his residency at the University of Tennessee, where he served as chief resident. He is board certified in both neurology and vascular neurology by the American Board of Psychiatry and Neurology. He is a fellow in the American Academy of Neurology and the American EEG Society. 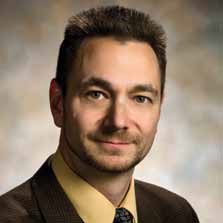 Jerome L. Yaklic, M.D., has been named acting chair of the Department of Obstetrics and Gynecology. Yaklic has spent more than six years with the Boonshoft School of Medicine, serving as an associate professor of obstetrics and gynecology, as well as medical director for Wright State Physicians Women’s Health Care. He is also a medical staff member and medical director of the Miami Valley Hospital/Five Rivers Health Center (FRHC) for Women’s Health.

Yaklic served as an active duty member in the U.S. Air Force at Wright-Patterson Air Force Base before joining the faculty in the WSU Department of Obstetrics and Gynecology in 1996. In 2000, after completing his service commitment, Yaklic moved back to his home state of Michigan and opened a private practice in Bad Axe, a small rural community. Between 2000 and 2010, he held many positions within local hospitals, including chief of staff at Huron Medical Center. Yaklic came back to Dayton and rejoined the faculty at the Boonshoft School of Medicine in 2010.

In addition to his role with the Boonshoft School of Medicine, Yaklic is working toward his M.B.A. with a concentration in finance from the Wright State University Raj Soin College of Business, which he expects to complete in December 2012. He is board certified by the American Board of Obstetrics and Gynecology and is a Fellow of the American College of Obstetricians and Gynecologists.