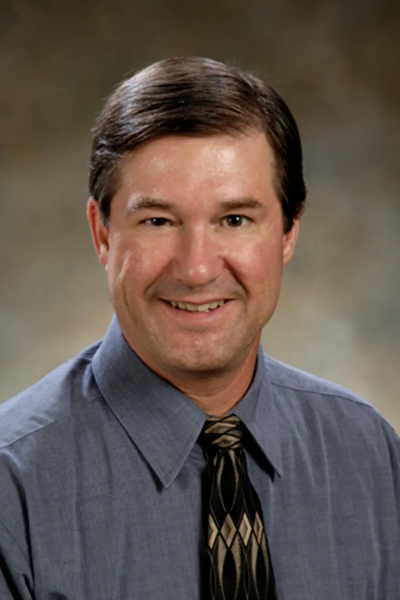 Koles was one of a trio of BSOM pathology faculty who played a critical role in the development of the WrightCurriculum, the learning environment adopted by BSOM in 2017. WrightCurriculum was built on three principles—self-directed learning, evidence-based teaching and learning, and an evolving curriculum, based on what best promotes collaborative learning between students and faculty.

Highly regarded by BSOM students, Koles was honored 17 times with the Teaching Excellence in Pre-Clinical Medical Education award between 2002 and 2021. The BSOM Student National Medical Association awarded Koles the Teaching Excellence Award six times between 2006 and 2019, and BSOM students selected him to receive the Humanism in Medicine Award in 2004.

Koles believes expert knowledge, open communication, and a demonstratable commitment to student development leads to being an effective educator. “It is important for educators to allow their personality and passion show, for students to not only see how the instructor is thinking, but how he or she is feeling, becoming more human and approachable,” said Koles.

Throughout his years at BSOM, Koles not only educated students but also provided mentorship and academic coaching, including career planning and USMLE (United States Medical Licensing Examination) preparation. “A commitment to students’ development is necessary to establish coaching and mentoring relationships,” said Koles, whose mentorship contributed to 15 students entering a pathology residency between 2013 and 2021.

Many of Koles’ most meaningful relationships with students unfolded as they achieved success while working with him. Observing a student’s courage, determination, and dedication to overcome adversity, both personal and professional, to reach their goals was truly inspiring.

When asked about a memorable moment from his time at BSOM, Koles shared attending graduation ceremonies and observing students and faculty openly express their appreciation for one another. He also fondly recalled co-facilitating faculty development sessions with Dean Parmelee, M.D., BSOM professor of psychiatry and pediatrics, and director of educational scholarship and program development. “He was such a master of relationship-building and communication. I thoroughly enjoyed helping my colleagues.”

The day after Koles retired, he started PGK Pathology Services, LLC. In this new role, he provides postmortem examinations for families who have lost a loved one, helping them find closure regarding cause of death, and assessment of risks for inheritable or familial diseases. Occasionally, he has been called upon to provide expert testimony for depositions or in the courtroom.

Koles has also resumed writing. He wrote poetry and short stories before becoming a physician. His current works of fiction focus on spiritual themes.

Koles enjoys spending time with his wife Carol, sons Stephen and Aaron, and daughter-in-law Naomi. He also keeps busy being a grandpa to Cameron. Koles said, “Cameron is 10 years old and always has great ideas about how to engage grandpa in multiple activities, some of which make me feel like a kid again.”—Lisa Coffey 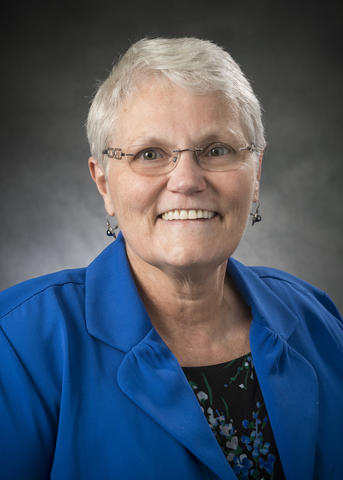 Mary McCarthy, M.D., FACS, professor of surgery and former chair of the Department of Surgery at BSOM, retired in December 2021. Additionally, McCarthy was a member of the surgical team with Wright State Physicians, from which she also retired.

Beyond caring for many patients during her 31 years with BSOM, she transformed medical students into surgeons and elevated the trauma center at Premier Health’s Miami Valley Hospital.

In 1991, McCarthy was hired as an associate professor of surgery with BSOM. In 1994 she was promoted to full professor, and in 2010 appointed the Elizabeth Berry Gray Chair of Surgery, a role she held until 2018.

In 1991, along with beginning her new role at BSOM, McCarthy was selected as director of the trauma center at Miami Valley Hospital. Just 18 short months later, while under McCarthy’s direction, the trauma center was awarded Level 1 status by the American College of Surgeons, becoming the first trauma center in the Dayton region to achieve this distinction.

When asked to reflect on memorable moments at BSOM, McCarthy said, “The class of 2017 graduation, when 22 students went into surgery.” She also shared her gratitude for the opportunity to train generations of physicians and see them take their knowledge onto battlefields, and respond to national emergencies. McCarthy added, “It is very satisfying to teach young physicians and have them carry that knowledge all over the world.”

McCarthy was a member of nearly 25 national professional organizations, serving in many leadership roles, including vice president the American Association for the Surgery of Trauma and second vice president of the American College of Surgeons. “These are the two elite organizations of trauma and surgery in the United States, which demonstrates how well-respected she is, locally and nationally,” said Akpofure Peter Ekeh, M.D., BSOM professor of surgery, trauma program medical director at Premier Health’s Miami Valley Hospital, and trauma surgeon with Wright State Physicians.

Not only did McCarthy contribute to the education of BSOM students, she also influenced learners at over 50 universities and organizations across the United States and worldwide. Clinical education areas included paramedic, emergency medical technician, nursing, and allied health. She also participated in surgical grand rounds. McCarthy was chosen to deliver the keynote address for the West African College of Surgeons Presidential Plenary Session and TEAM Training in Banjul, Gambia.

The list of awards McCarthy has earned throughout her career is extensive, and reflects her excellence in patient care and teaching. Honors include Best Doctors in America, America’s Top Surgeon, Patients’ First Award, Who’s Who Among America’s Teachers, and “Leg of the Stool” award for excellence from the Wright State faculty.

McCarthy donated her time to dozens of organizations within health care, including BSOM, Miami Valley Hospital, the Veterans Affairs Medical Center, and Wright State Physicians. She provided professional service on a state, regional, and national level, including a study on major trauma outcomes with the American College of Surgeons. She also served as honorary commander for Wright-Patterson Air Force Base in 2011–12.

McCarthy contributed her expertise to over 100 publications, abstracts, and book reviews. She shared her knowledge with the local Dayton media, and nationally with the Dallas Times Herald, and Los Angeles Times Syndicate.

McCarthy completed her surgery internship and residency at the University of Texas Southwestern Medical School & Affiliated Hospitals in Dallas, and received her medical degree from Indiana University School of Medicine. She earned her Bachelor of Science in Biology from Stanford University.

As she cleaned out her office, McCarthy discovered letters and photos from former patients sharing their gratitude and how they would not have made it if they had not been in a Level 1 trauma center. McCarthy is extremely proud of the collaboration between Premier Health and BSOM in developing the trauma program. She is also quick to recognize the support she received from colleagues and hospital officials in building the program.

McCarthy hopes to see continued support of the trauma program at BSOM, and a focus on patient care, education, research, and injury prevention. She funded the Mary C. McCarthy, M.D., FACS, Trauma Endowed Professorship at BSOM, creating a position that will emphasize these areas.

In retirement, McCarthy is looking forward to spending time with her husband, children, and grandchildren. She will no doubt continue to mentor young physicians, including daughter Alison Bales, M.D., former WNBA star who graduated from BSOM in 2017. Bales is currently a fifth-year surgical resident at Indiana University.

Her final day on call, hundreds of colleagues surprised McCarthy with a “clap out” as she left. “I cried, and I never cry,” McCarthy said.

“Saving patients’ lives and teaching new surgeons were the most rewarding aspects of my job,” added McCarthy.

If you are interested in making a contribution to the Mary C. McCarthy, M.D., FACS, Trauma Endowed Professorship, contact Angela Clements, assistant vice president for advancement, at angela.clements@wright.edu, scan the qr code below, or go to https://wright.edu/McCarthy-professorship to give online.—LISA COFFEY